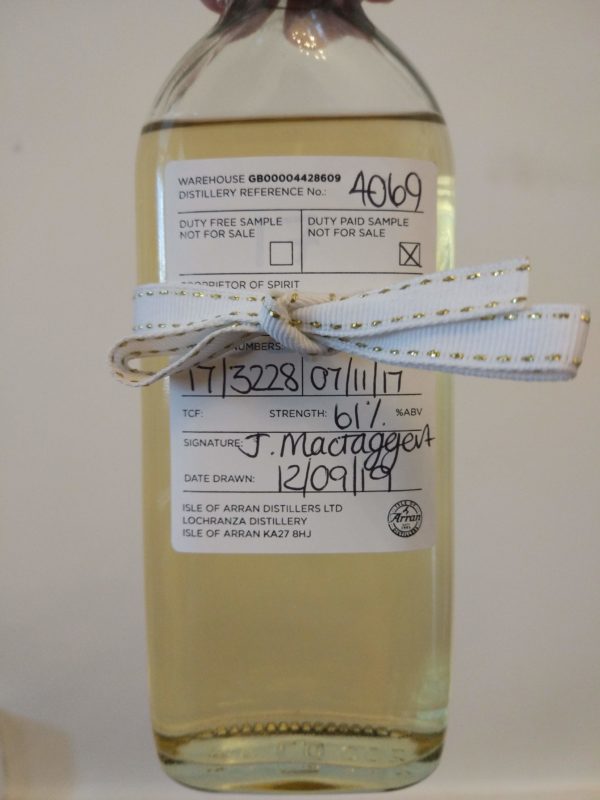 Experience the Isle of Arran’s exceptional peated barley, and watch how maturation impacts the malt over time. This spirit is approaching two years of age, having been distilled in November 2017, and has plenty of room to grow. It yields approximately 277 bottles at cask strength 61% ABV.

Auction has ended. The winning bidder has been notified.
Important Note: This cask has not matured 3 years so cannot yet be sold as whisky. As such, the cask is being sold as “new make spirit”. If allowed to mature until September 2020 the cask will be able to be sold as whisky.

The nose has a wonderful richness of charcuterie that has been smoked over a sweet-smelling wood fire, the smoke well absorbed into the meat. An aroma of sweet oranges comes closer to apples on the palate, while the smoke separates and becomes less attached, but remains sweet and fragrant.

On adding water, the aroma of whole grains becomes more apparent, something which persists on the palate with water as well. Both aroma and taste are reminiscent of a pack of oat biscuits left in the updraft near the door of the peat kiln. The flavour never becomes too sweet but lingers in a friendly fashion. 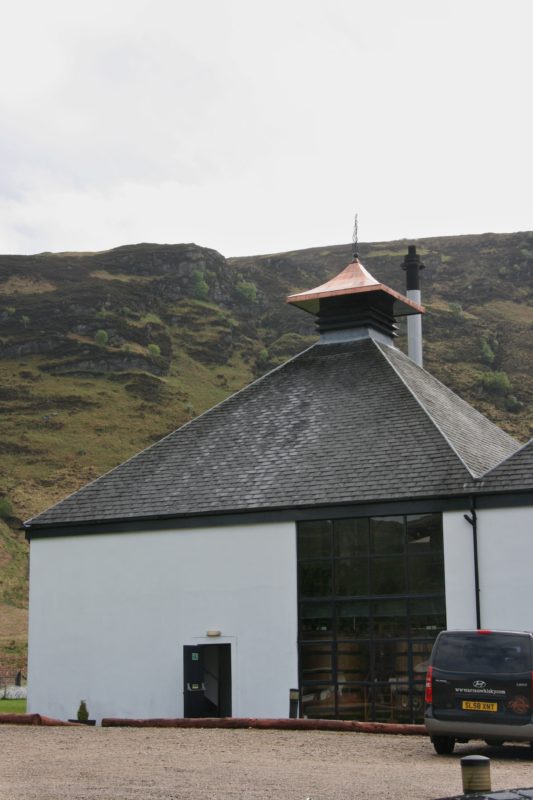 We have a pair of casks from this distillery, both distilled in the second half 2017 and thus full of 1 year old new spirit. One contains peated spirit, the other unpeated (actually, the unpeated cask will celebrate its second birthday during the auction period!). They will both have become whisky by the end of 2020, but we see these casks now as an opportunity to get involved with a whisky when its new and fresh, something to nurture for many years before finally presenting it to the world with a flourish, once it has passed adolescence and found its true nature.