The Peated Variant of our Arran Sister Casks 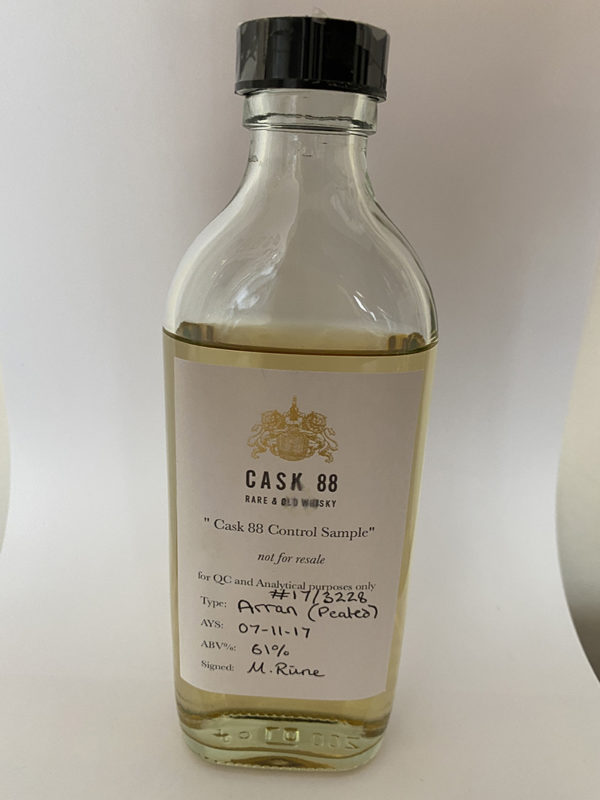 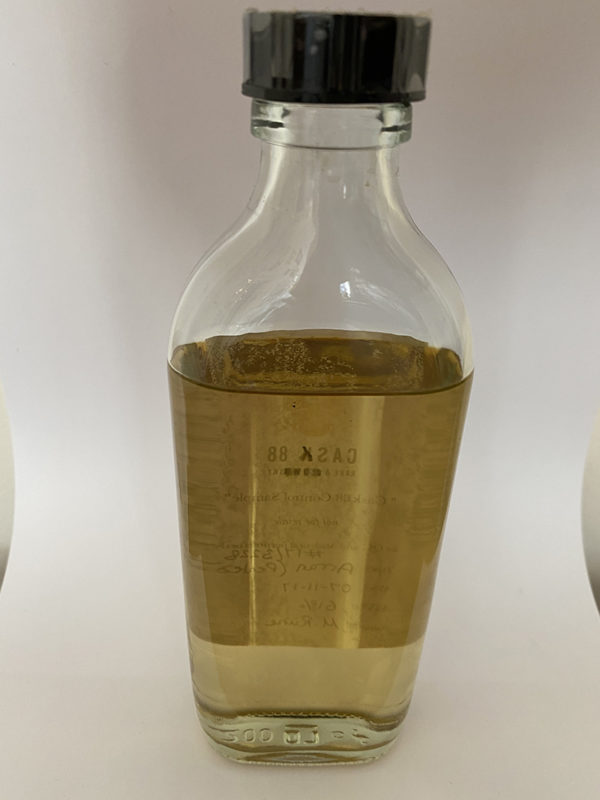 Several single casks have been identified by James MacTaggart and bottled as single cask distillery exclusives and White Stag Community bottles with enormous success. Arran distillery is growing exponentially in popularity amongst Scotch whisky enthusiasts and, impressively, the distillery is the most visited in Scotland, with more than 100,000 people per year making the trip.

When the distillery was in its infancy first fill bourbon casks were rarely used, in fact between 1995 and 2005 more than 90% of the casks used at Arran were second fill. Since this time there has been a shift towards using fresh, first fill casks which are deemed to be the optimum wood for Arran’s spirit.

And Arran absolutely does, working with Kelvin Cooperage, a family run cooperage firm who were founded in Glasgow and relocated to Louisville, Kentucky in 1991. Kelvin Cooperage has a vast inventory of Bourbon casks from Kentucky where this barrel originated and has supplied many major Scottish distilleries since 1963.

The Isle of Arran has its own microclimate where temperatures are generally higher than the mainland; this was true the week this cask was filled. Edinburgh shivered with lows of 2°C , whilst Arran basked with highs of 12°Cand with higher humidity percentage.

A higher, and more constant, average temperature increases the angel’s share and the ABV would be expected to drop at a higher rate. However, after 3 and a half years in cask, this spirit remains at a high 61%. The spirit could continue maturing in this cask for many years without the fear of losing substantial ABV and bulk volume.

Arran operates one of the slowest distillation runs in the whisky industry and according to the master distiller at the time of this cask being filled, it is because whisky production cannot be rushed and increased copper interaction allows the spirit to take on a fruitier characteristic.

The fermentation time of 60 hours, combined with slow distillation, means Arran’s spirit is beautifully fresh and fruity, and therefore works in harmony with fresh ex-bourbon casks like the one we have for auction here.

The introduction of peated spirit has allowed Arran to diversify their offering and produce a more traditional spirit character for this region of Scotland. The influence of peat smoke also provides flexibility for those looking to bottle spirit. At a young age the smokiness comes to the fore with a big bold flavour profile and with time the smoke, cask and spirit become beautifully integrated and harmonious.

Throughout his tenure James MacTaggart has focused and honed the first fill bourbon maturation process at the distillery. The small-scale nature of Arran’s distillery means that he works closely with their cask suppliers and is extremely hands-on with the distillation process.

“I find that the bourbon barrel really allows the bright vibrant character of the Arran spirit to shine through at its absolute best.”

In 2017 James MacTaggart celebrated a decade as the master distiller at Arran distillery and hand picked a selection of 10 year old casks for bottling. These 12 thousand bottles were cask strength, first-fill bourbon barrels, just like the one we have here. If he deems the quality to be there for a limited release, then we are reassured that we have excellent whisky on our hands!

Over the last few years Arran distillery have experimented with a number of cask finishes, with varying success, but at the heart of almost all whisky from this relatively new distillery is initial maturation in first-fill bourbon casks such as this.

Several single casks have been identified by James MacTaggart and bottled as single cask distillery exclusives and White Stag Community bottles with enormous success. Arran distillery is growing exponentially in popularity amongst Scotch whisky enthusiasts and, impressively, the distillery is the most visited in Scotland, with more than 100,000 people per year making the trip. 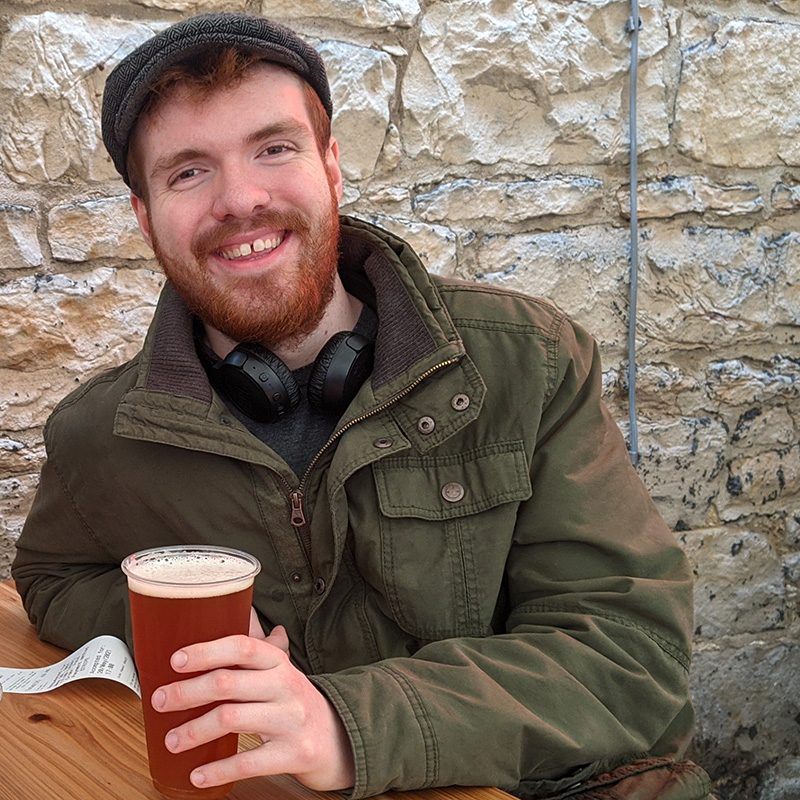 “This is a young whisky with a lot of promise. The smokey aromas coming off of it have a few fresh, ‘green’ characteristics as well as sweet hazelnut and vanilla ice cream. Drinking a little reveals more vegetal notes like grilled asparagus and earthy carrots. The sweetness is still present though with undertones of citrus as well as the nutty, grainy flavour of an unpopped popcorn kernel. This whisky has a myriad of bright, diverse flavours. To me it seems ideally positioned for maturation, it would be fascinating to see how the vegetal, the hazelnut and smoke develop.” 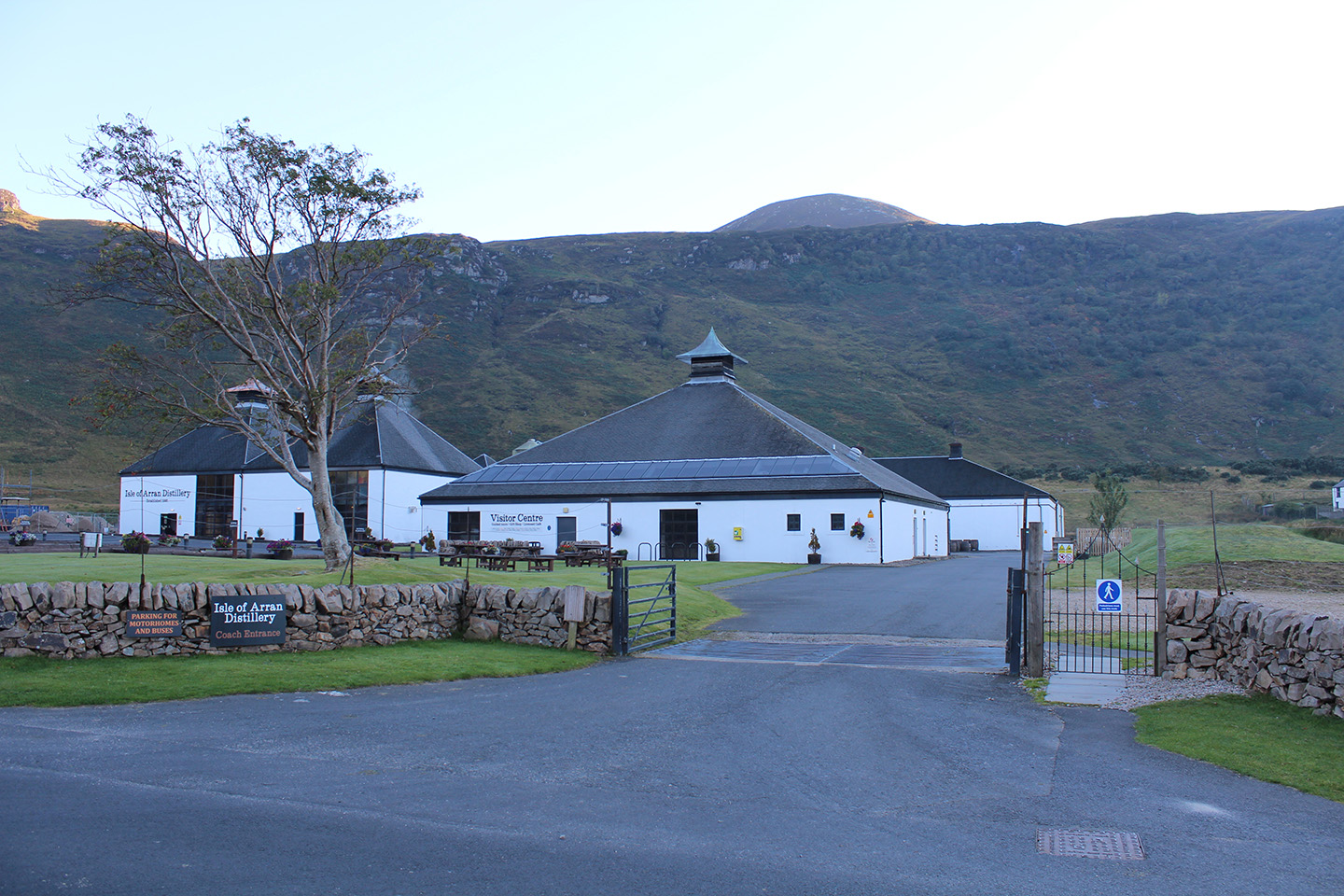 We have a pair of casks from this distillery, both distilled in the second half of 2017. One contains peated spirit, the other unpeated. They may have grown up in an almost identical environment, but these sibling casks have wildly different personalities, originating from the nature of the barley at their core.